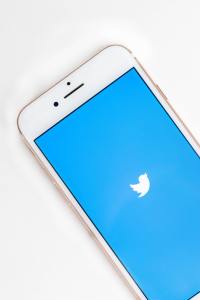 Are you participating in #PITMAD on the 6th?

I’m on the fence this time. I’ve done #PITMAD twice and #REVPIT once.

My first time jumping into #PITMAD I pitched all three finished books and I had a hard time keeping up, but it was great fun and I met many new writers. The excitement of tweets flying everywhere kept me glued to my screen.

You don’t have to be great at twitter to participate. I’m still terrible at twitter. Don’t let inexperience stop you if you want to pitch.

Polish it until it shines. It takes quite a bit of skill to reduce your manuscript into a tweet. I asked around in various groups for help with getting mine up to snuff. A tweet to pitch is not the same as an elevator pitch. It’s acceptable to use shortcuts, giving comps to movies, television, and books.

This is one I used.

GEM & DIXIE x Netflix’s ATYPICAL. Nina has a lot on her plate. A twin brother with autism, an almost-boyfriend, and a terminally ill mom who wants to give up cancer treatments. Nina refuses to let her go without a fight. #PITMAD #YA #CON #MH #DIS #ND

The stand alone book I’m querying now follows some of the same characters as in Nina’s story. It could be described as “A teenage ADAM x GEM & DIXIE” but since the movie ADAM may not be well known and isn’t a recent release, I didn’t use that reference.

Space your tweets apart. You can schedule them if you like. I simply spaced mine.

Vary the wording in your tweets.

Pin your latest tweet to the top of your feed so it is easy to find.

This is how editors and agent find you. Different pitch parties may have different hashtags, so check the organizer’s site.

Connect with other writers.

This is one of the greatest benefits of a twitter party. Try to find a group of writers to support. You can share each others tweets for greater visibility and make new friends in the bargain.

Read all the rules.

Go to the Pitch Wars site (or whoever is organizing the twitter party you want to join) and follow all the rules.

Click here to subscribe to my quarterly author newsletter. You will get a free short story and be included in blog giveaways.